Magnetometry survey at the RIC Barracks

Aim: In June 2016, we carried out extensive Magnetometer, Electromagnetic Induction, Ground Penetrating Radar, Earth Resistance Surveys and Metal Detection surveys at the RIC Barracks in Annacarty as part of a large commemoration event which was also filmed by RTE’s new television series John Creedon’s Epic East. The film crew were very interested in the geophysical survey and obtained some great drone and GoPro footage of our work.

Community Engagement: 1 volunteer worked with Earthsound geophysicists for 1 day (volunteer labour contribution: €164). The survey was filmed for RTE television and culminated in a large commemoration on the last day of survey, attended by more than 220 people, with Earthsound geophysicists on hand to explain the survey, it’s purpose and findings.

Outcomes: The 2016 geophysical survey culminated in a large commemoration ceremony (see below) attended by local school children and adults, the Army and many local politicians. The survey results will be integrated in to a management plan for the site.

The geophysical surveys were carried out as part of a research project managed by Wolfhound Archaeology, funded by Tipperary County Council, Ireland 1916-2016 and The Heritage Council. The research formed part of the Annacarty Remembers event, which commemorated the events of the War of Independence and Civil War. 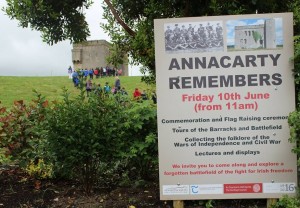 School children lead the procession up the hill towards the Barracks.

Annacarty Barracks, which was originally constructed as an RIC barracks in the early 19th Century, saw considerable action during the conflicts prior to the foundation of the Irish state.

In the spring of 1922, the truce had been signed and the barracks handed over to the volunteers. The children of Annacarty N.S. were marched up the hill to the barracks by the principal, Mr. Slattery and sang Amhrán na bhFiann for the volunteers as they raised the tri-colour. 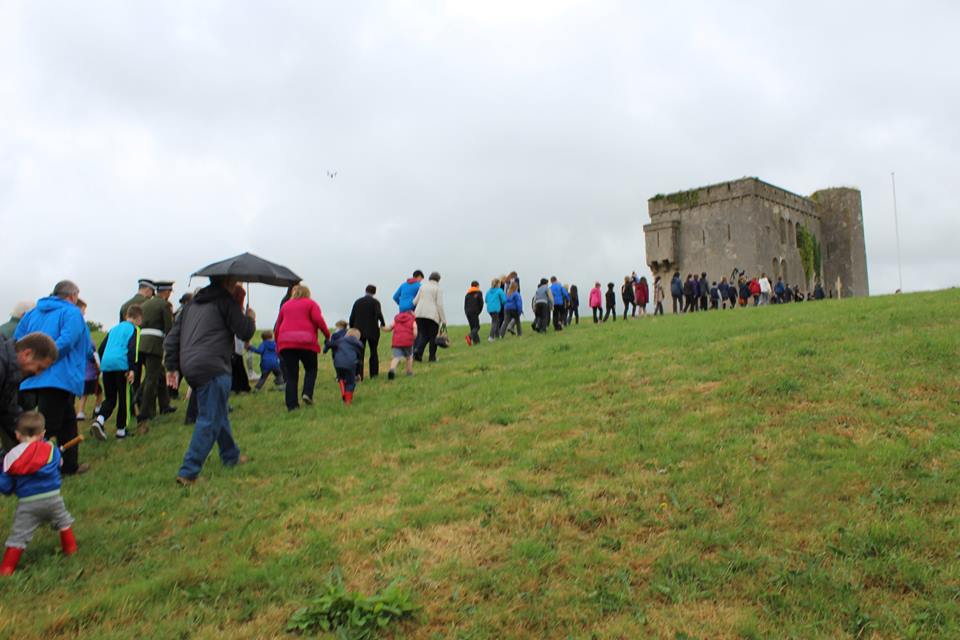 The procession recreated the original event in 1922.

On June 10th 2016, the event was recreated by more than 220 school children, local residents and visitors. The building bears the scars of these battles but is otherwise virtually untouched since it was burnt out after a short but violent siege in 1922 during the Civil War. 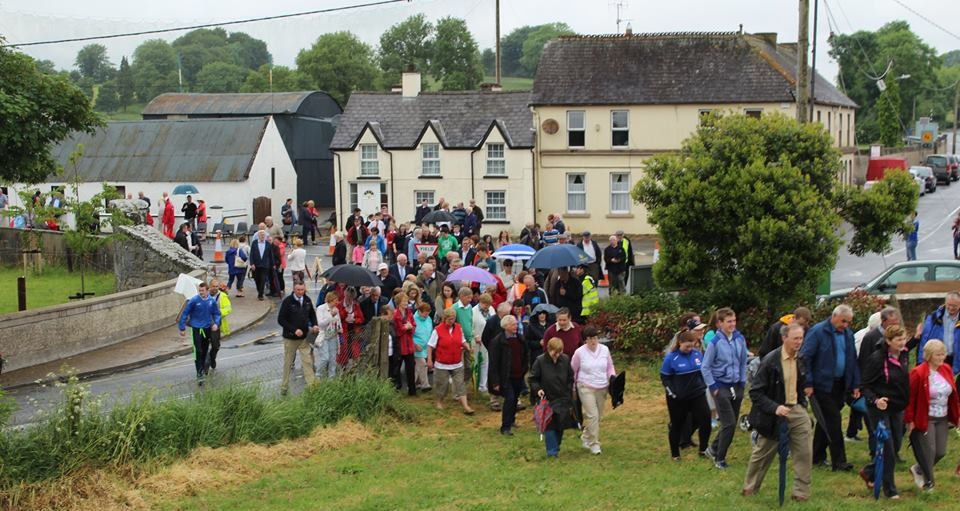 The Annacarty Remembers gathering walking up the hill to the Barracks.

The surveys were led by Heather Gimson and supported by Dr James Bonsall, Darren Regan and Cian Hogan, who used various geophysical instruments to map additional structures around the barracks and carried out a detailed photogrammetry survey. 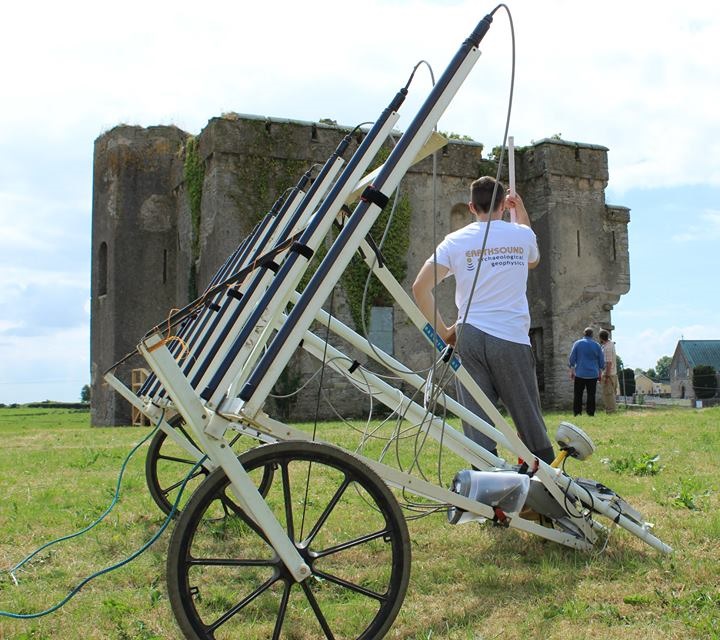 Recording bullet holes in the wall. In the meantime, the ‘Bone Detector’ takes a snooze. 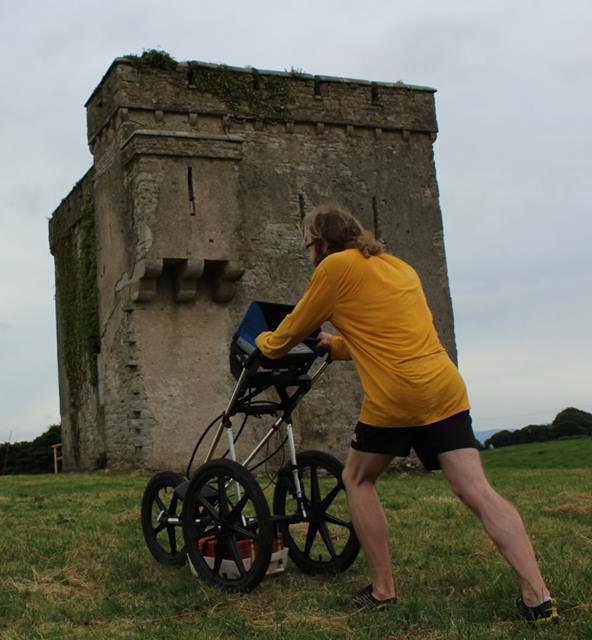 GPR in action at the RIC Barracks

We enjoyed wonderful hospitality from the people of Annacarty, who really welcomed us to their village. Particular thanks are due to Tom Tuohy, The Parish Shop & Tea Rooms and the Crossroads Pub (which kept us – and the dog – in great health with lots of ice creams and drinks.