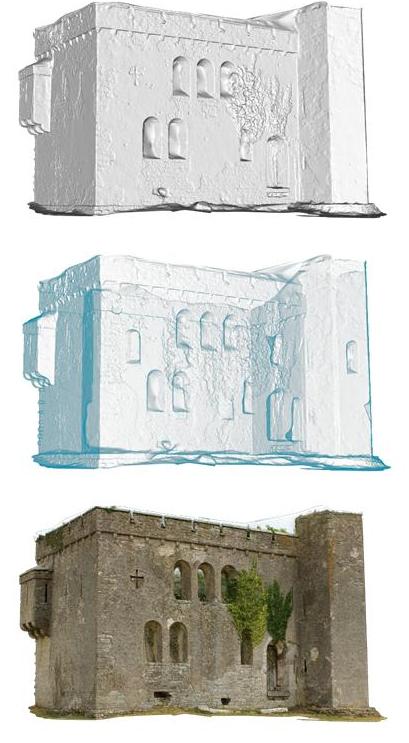 Photogrammetry (also known as ‘Structure from Motion’) is a technique whereby a patchwork of 2D photographs of a given feature or monument are merged together using software to create a 3D, rotatable image. This can be a very useful technique when dealing with stone-built, upstanding monuments as it can allow manipulation of various features which may not be so obvious to the naked eye and reveal numerous previously unknown elements to the archaeologist. The rendered 3D images can then be further transported into a range of software suites where they can be overlaid and contrasted with other survey data. 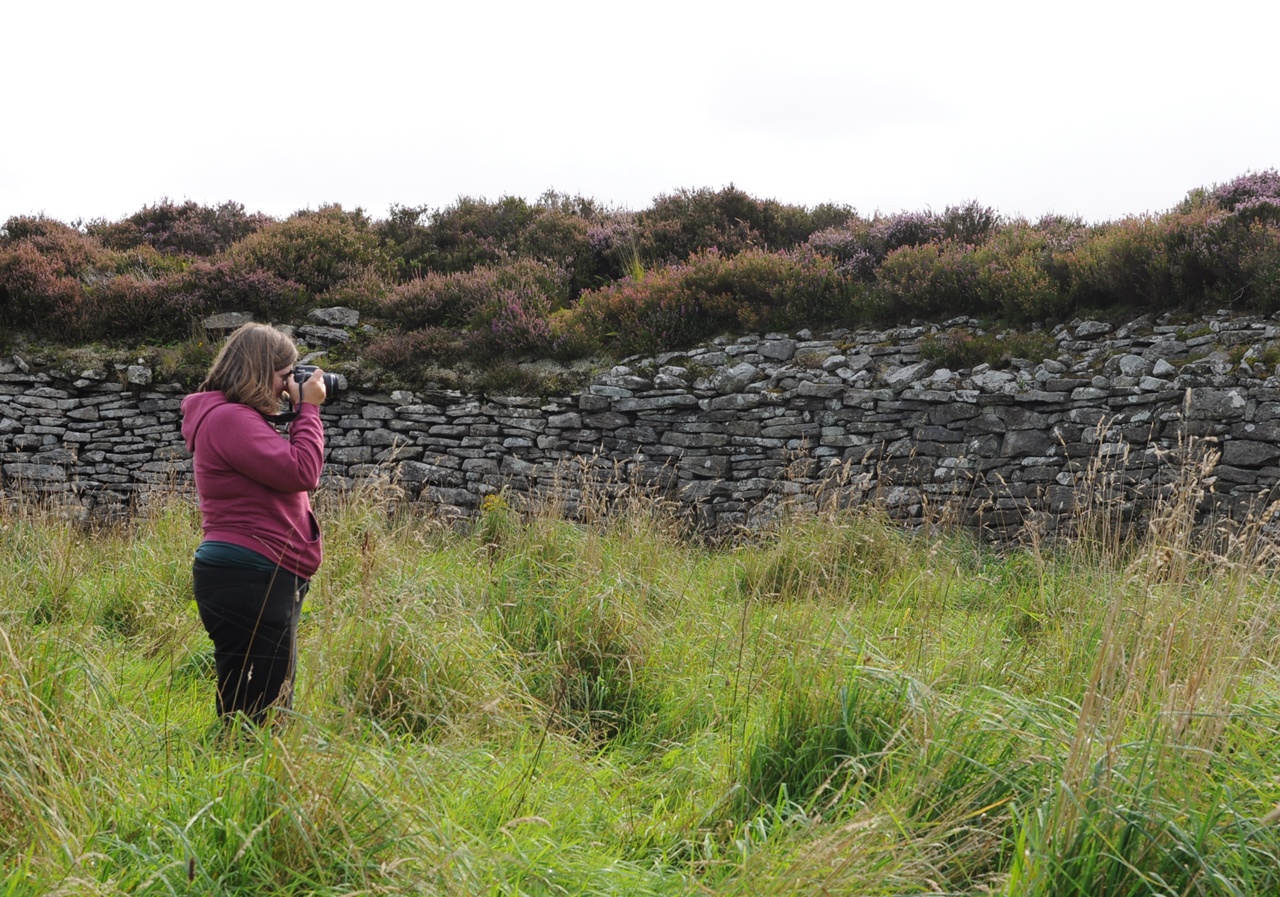