Aim: The purpose of the survey was to assess two Neolithic Passage Tombs  on top of Mountpelier Hill and the land surrounding the 18th Century Hellfire Club. The site was investigated with high resolution Magnetometer, Electromagnetic Induction and Earth Resistance Surveys, as well as LiDAR.

Outcomes: The 2014 geophysical survey results were used to target a series of excavations in 2015 by the Hellfire Club Archaeology Project. 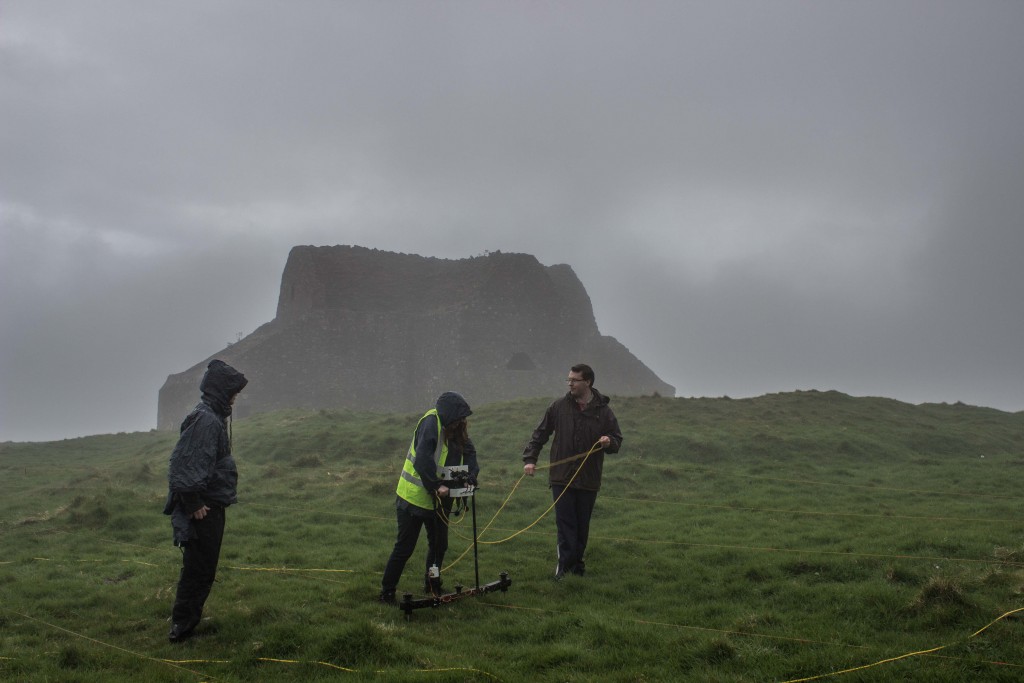 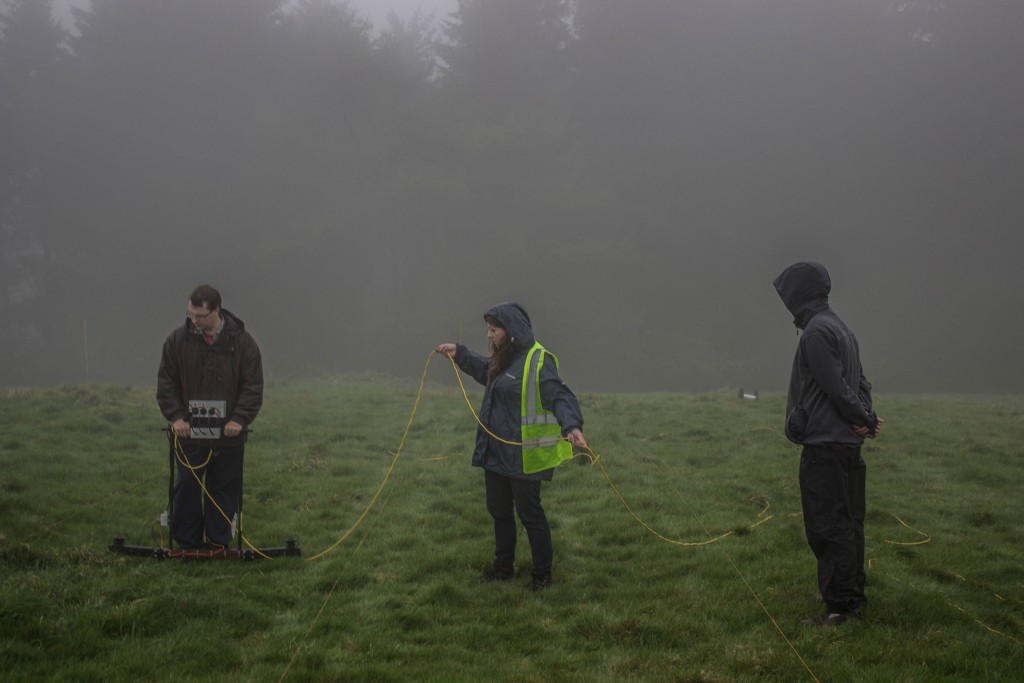 Dr James Bonsall is assisted by the volunteers carrying out an Earth Resistance Survey over a Neolithic Passage Tomb. Image: Abarta Heritage 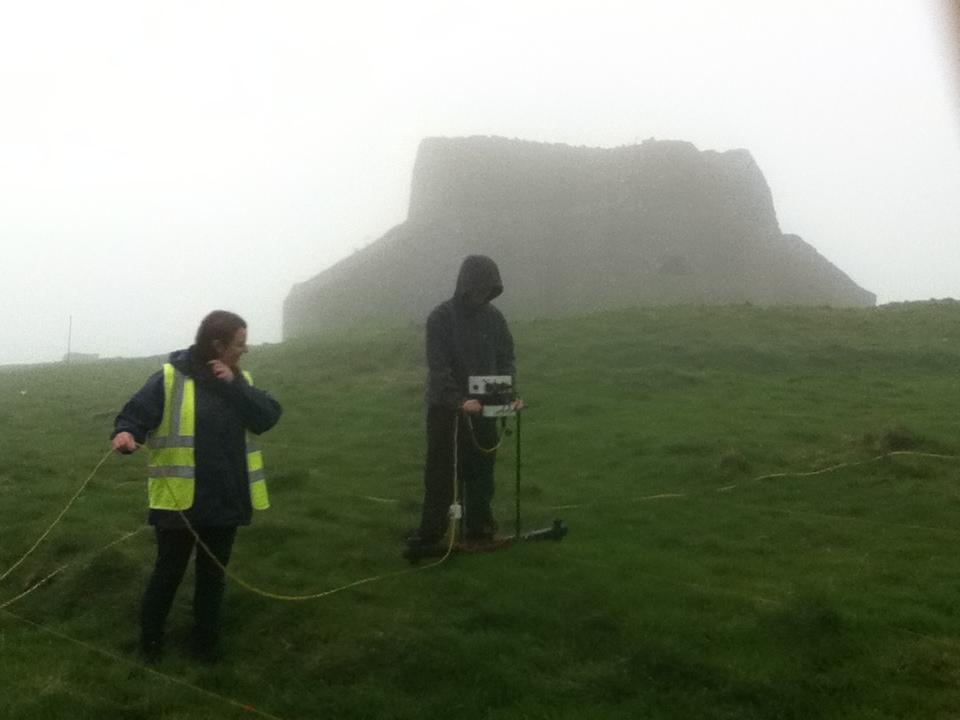 Earth Resistance Survey at the Hellfire Club and Passage Tomb 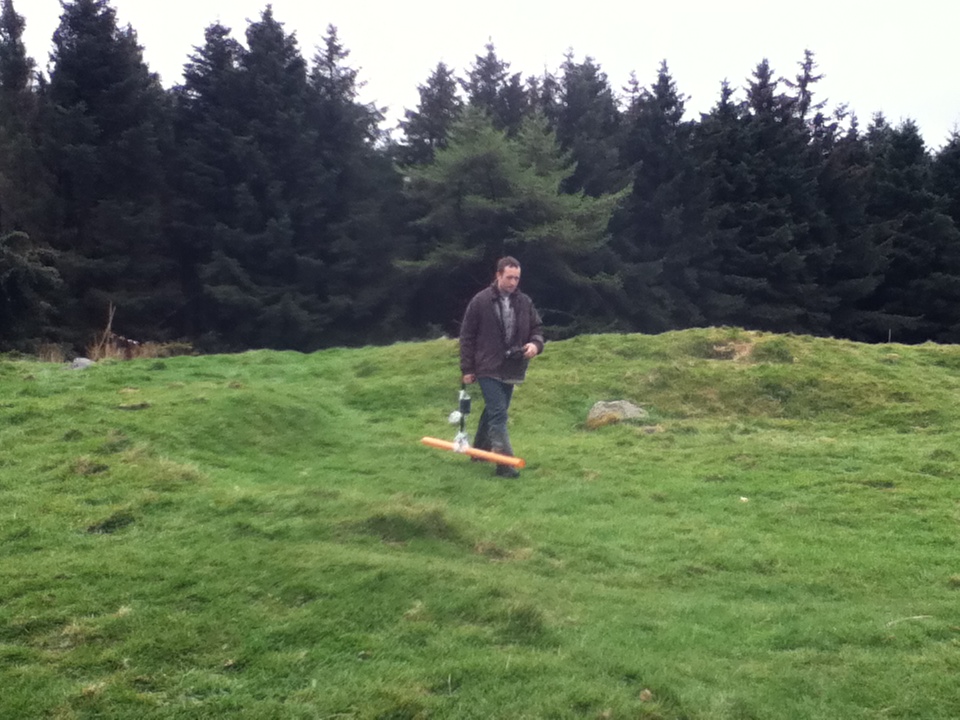 EMI Survey over the Passage Tomb 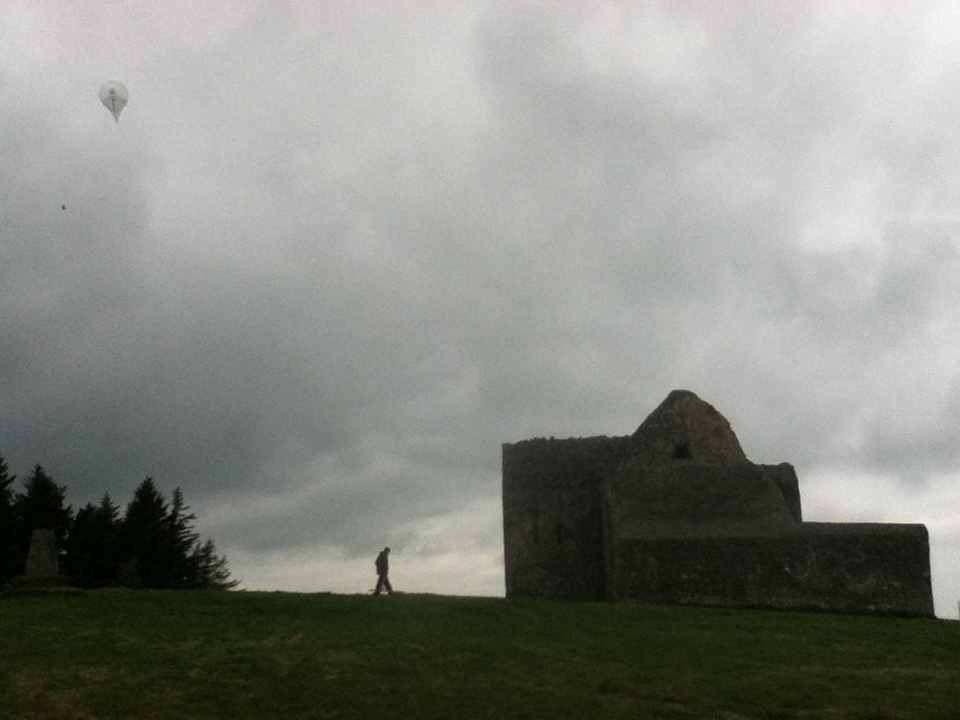 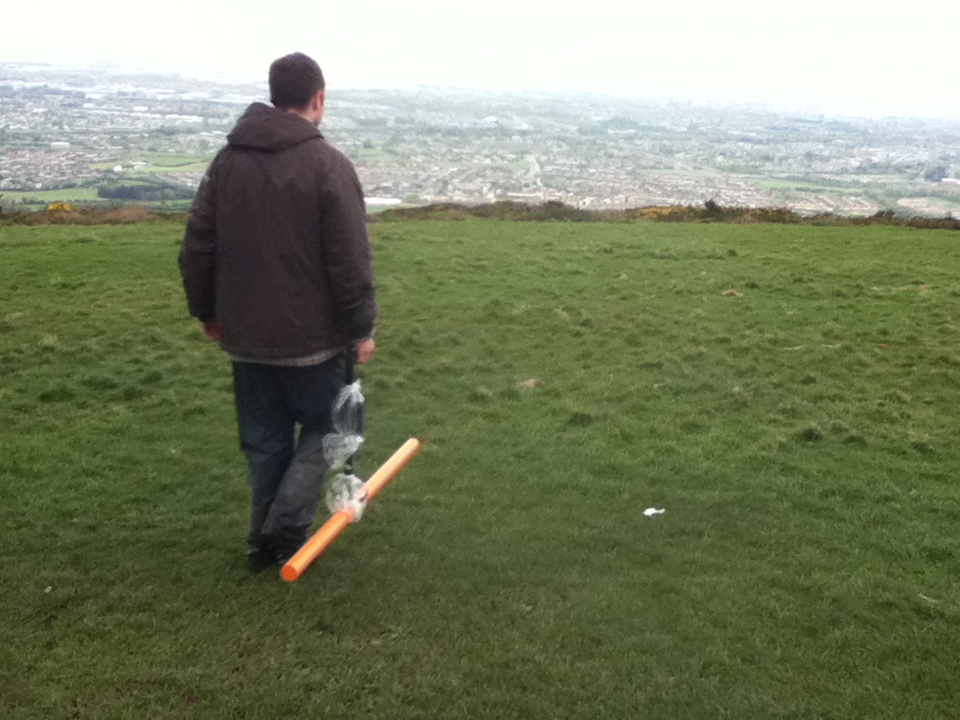 The geophysical survey was carried out as part of The Hellfire Archaeological Project in conjunction with Abarta Heritage. The site is located on top of Montpellier Hill in the Dublin Mountains which affords it a panoramic view of Dublin City and Bay. The summit of Monpellier Hill contains the remains of a hunting lodge built by the politician William Connolly in 1725. Adjacent to this is the probable remains of a prehistoric monument and it is thought that the lodge itself may have been constructed of stone robbed from these monuments.

According to folklore the roof had been blown down by a phantom from one of the tombs and Connolly had the roof reconstructed in stone.  Subsequent to Connolly’s death, the lodge lay in disuse for up to 10 years when it was leased by his widow Katherine to the Earl of Rosse, Richard Parsons. Parsons was a well known socialite and one of the ‘Young Bucks of Dublin’, a group of aristocrats who allegedly engaged in debauchery and possible Devil-worship, essentially what was to become the Hellfire Club. There are no direct accounts of Hellfire Club meetings occurring at Connolly’s Lodge on Montpellier Hill, however it is highly likely owing to its isolated location and association with Parsons.