Induced Polarisation (IP) inspects the ‘chargeability’ of the soil, meaning its ability to become electrically charged by introducing a current into the ground and measuring the resultant voltage. This is especially useful when looking for organic materials (such as wood) as these will tend to have a raised chargeability when compared to the surrounding soil. Owing to this, IP has been used quite extensively when locating ancient wooden track-ways or tóchars as well as other archaeological monuments composed of wooden and organic materials. 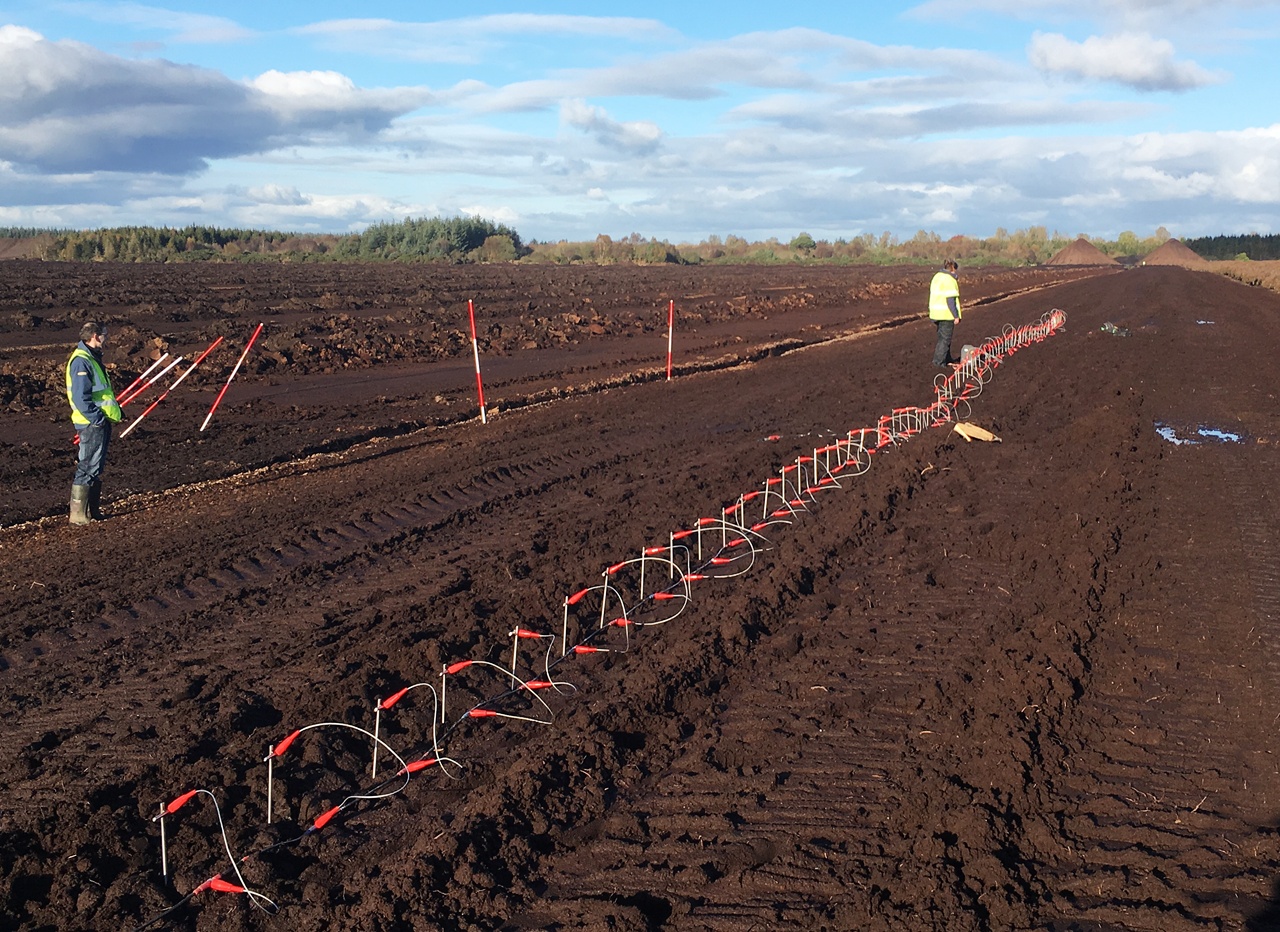 An induced polarisation survey being carried out over a possible tóchar at Mayne Bog in Co. Westmeath 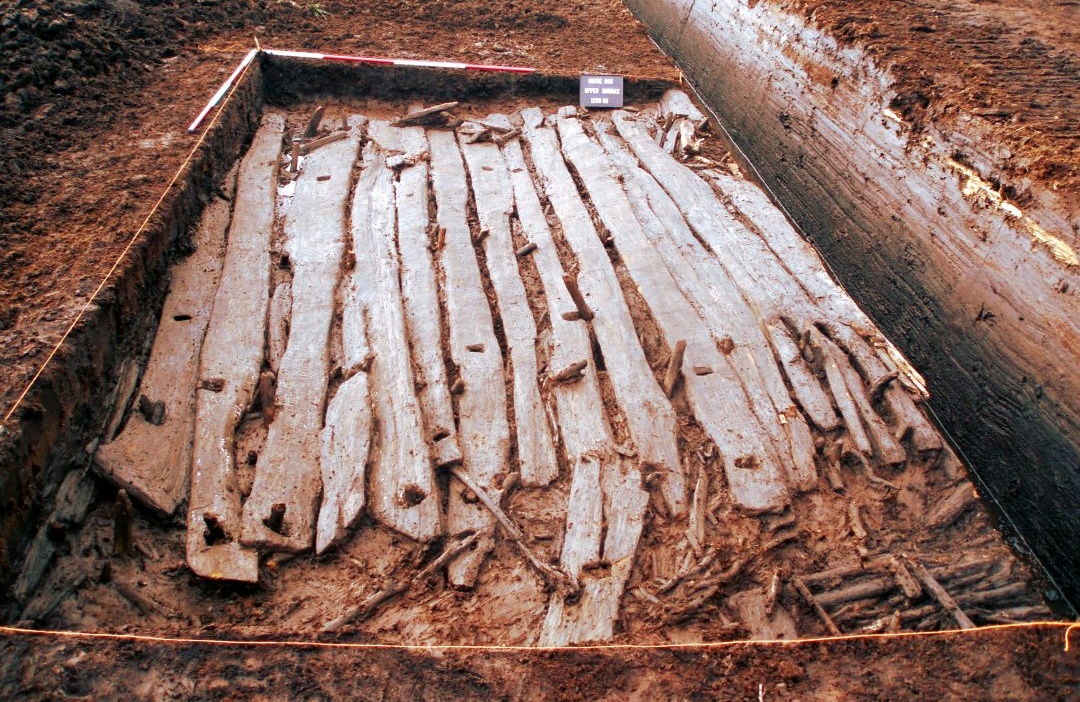 An excavated example of a timber ‘tóchar’ or trackway. Trackways such as this have been dated to the Bronze and Iron Ages