Dr James Bonsall, director of Earthsound Archaeological Geophysics and Lecturer at IT Sligo gave a talk on the latest findings from the Kilcashel Landscape Project at the Kilmovee Winter Lecture Series on Tuesday December 15th, in the Kilmovee Community Centre, Co. Mayo. 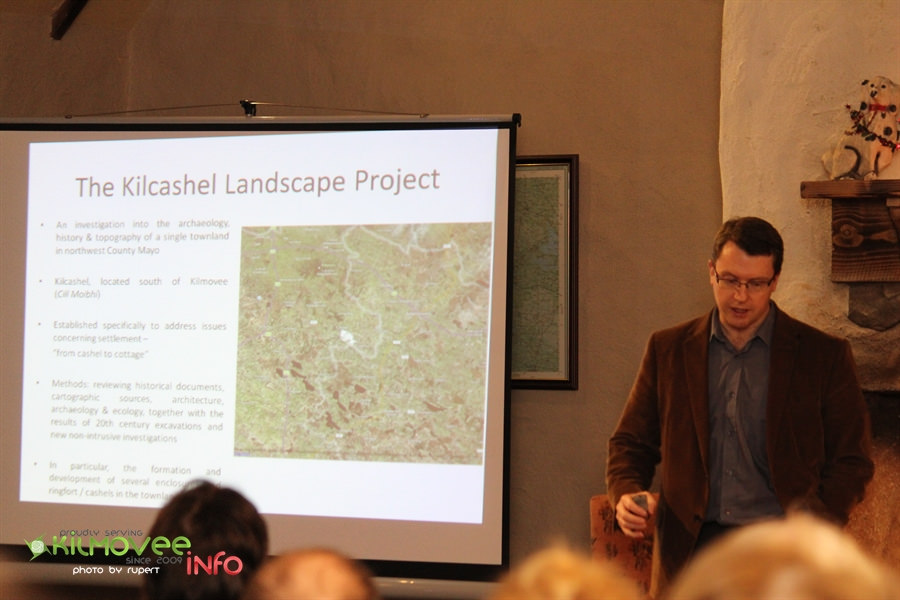 James was also interested in people’s use,  experience or memories of the archaeological sites in Kilcashel townland – the cashels that are no longer there, Father Henry’s Fort and any other memories of buildings, archaeology and folklore. These all contributed to a Database of Archaeology in Kilcashel townland, which led to the longest Q&A session in the history of the Kilmovee Winter Lecture Series! 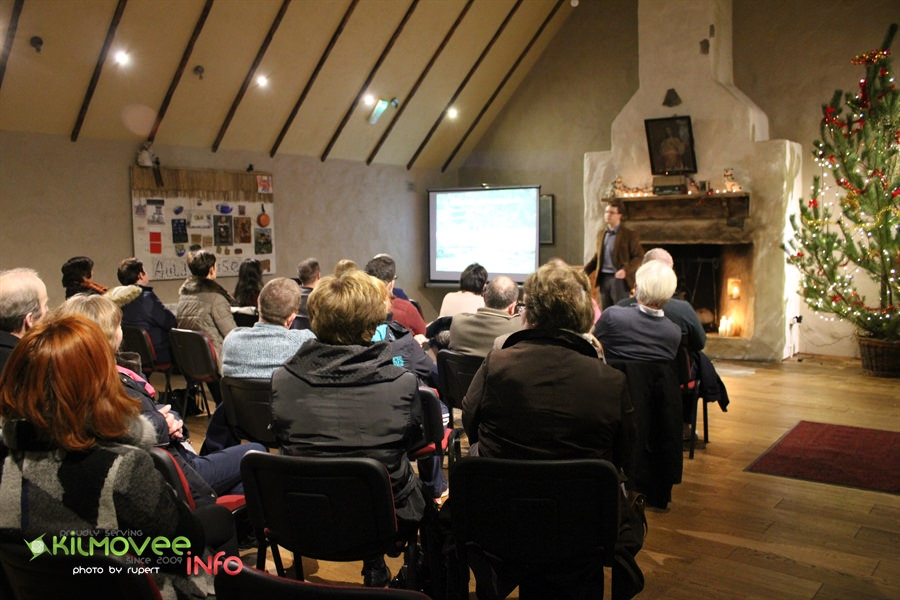 Earthsound director Dr James Bonsall gave a talk and guided walk on the archaeological heritage of Mayfield Lake and Clare Lake, Claremorris, as part of Heritage Week, in the Mayfield Community Building, in Claremorris on the 28th August.

The local audience joined in and told great stories of old place names and memories of fishing in Mayfield Lake. After the talk, James led the audience out to McMahon Park to let them carry out their own archaeological survey. 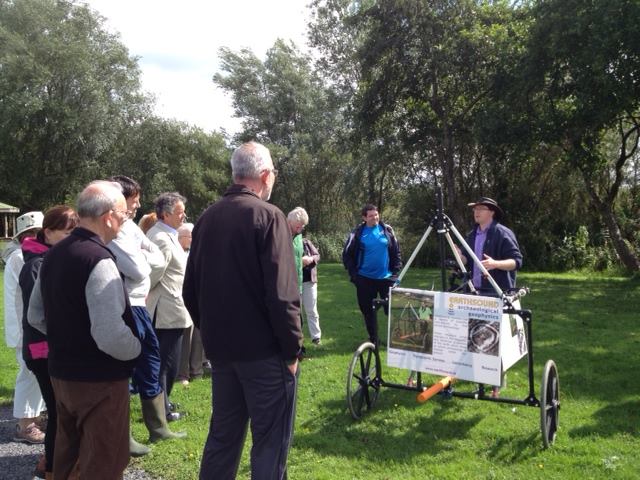 Earthsound director Heather Gimson gave a lecture in the Athy Heritage Centre-Museum yesterday, County Kildare. Heather presented the results of our research on the Athy Town Walls and Castles which we’ve been working on for a number of years. This year we focused on using Ground Penetrating Radar and Electrical Resistivity Tomography over the Town Walls and Black Castle Tower which are located under a number of gardens and yards. The lecture was well attended and the audience included the Mayor of Athy.

Earthsound director Heather Gimson gave a lecture in the Athy Heritage Centre-Museum yesterday, County Kildare. Heather is working in Athy this week looking for evidence of the Town Walls and Castles using archaeological geophysical techniques. Heather explained the aims of the research and how geophysical surveys actually work. Many of those that attended the lecture are part of the project – the work currently involves surveying a number of peoples back gardens and yards to trace the medieval archaeology.

Heather will return to Athy in November to present the findings of the research.

A Brief History of Archaeological Geophysics in Ireland

Earthsound director James Bonsall will be giving a lecture to students and friends of the Achill Archaeological Field School at the Achill Island Archaeology Centre, Dooagh in County Mayo on Tuesday 2nd August.

James, who has been directing geophysical surveys across Ireland since 2002, has recently begun work on a PhD at the University of Bradford, reviewing the application of geophysical methods on Irish road schemes. As part of his research, James and Earthsound’s Darren Regan have spent the last week studying the pre-bog field walls on Slievemore, Achill Island using novel geophysical techniques and will be sharing some of his preliminary findings.

James’s talk will give a brief outline of geophysical methods and history, his own research and share some of his recent experiences working with the University of Bradford on the Stonehenge Hidden Landscapes Project in the UK.

A Brief History of Archaeological Geophysics in Ireland by James Bonsall will commence at 8pm on Tuesday 2nd August in the Achill Island Archaeology Centre, Dooagh, Achill, Co. Mayo.