So this is our first post of 2018! We’ve had a grand start to this year. Surveyors headed up north for a couple of weeks to undertake two separate surveys around two churches for research projects, and also paid a brief visit back to Meath. On top of these, some research projects from last year were wrapped up.

This week Cian and Ciarán headed down to County Carlow to carry out a survey on the land surrounding the impressive and imposing portal tomb at Brownshill. The Neolithic monument is situated in rolling lowlands and positioned on the northeastern side of a small hillock. The capstone is reputed to weigh up to 150 tons and is thought to be one of the largest erected in Europe.

Earthsound were commissioned to investigate the area around the monument using an earth resistance meter. We started work on Monday afternoon, and on Tuesday morning members of Carlow Historical and Archaeological Society visited while work was ongoing. A small group were given a presentation on geophysical surveys, and following this assisted in collecting a portion of the resistance data in front of the dolmen.

Work had to be cut short due to the arrival of the ‘Beast from the East’! While the sun was shining during the Society’s visit, when they left so did the good weather. Snow started falling soon after, and coming up to the final grid of the day, a blizzard set in. Quite an experience doing a resistance survey in those conditions! On Wednesday morning, several grids of data were taken in a winter wonderland, with snow coating the ground and the dolmen, and the sun shining brightly. With icicles hanging from the van, the surveyors headed back West ahead of predicted worsening weather. 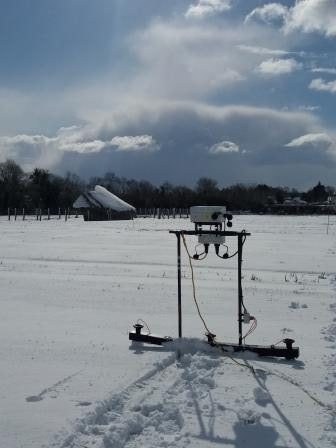 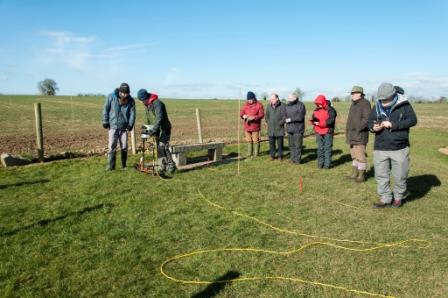 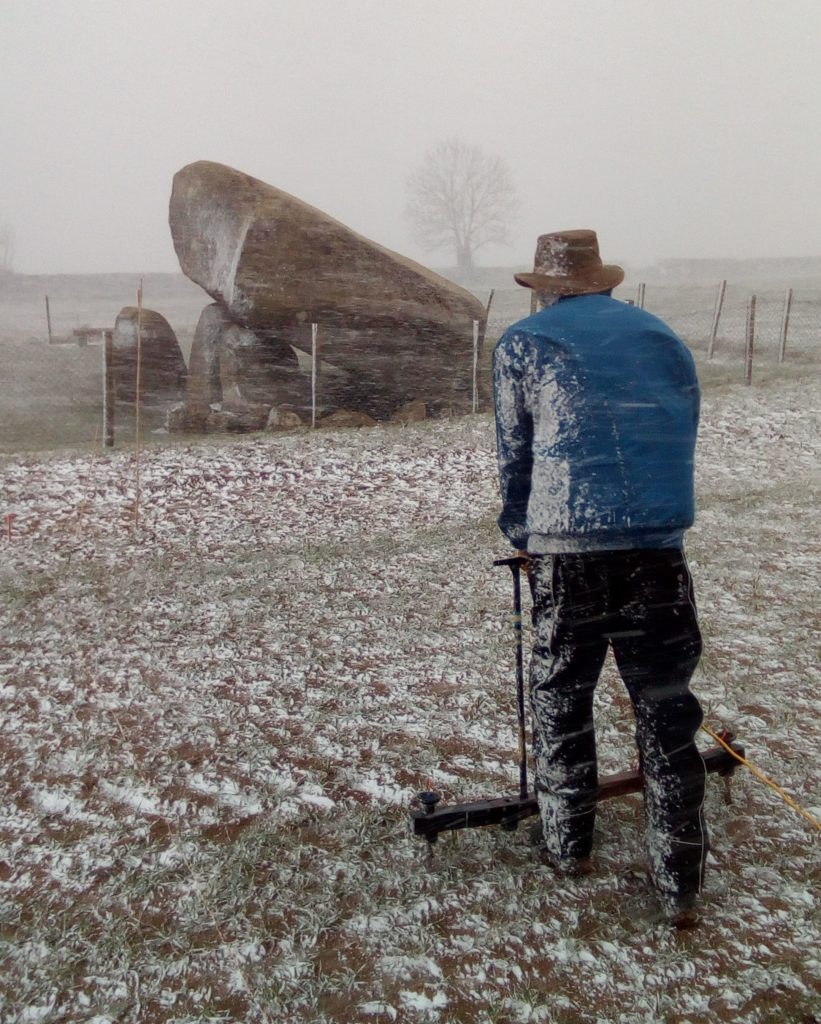 Almost at the end of the grid!! Ciaran surveying during a blizzard (Photo: C. Hogan) 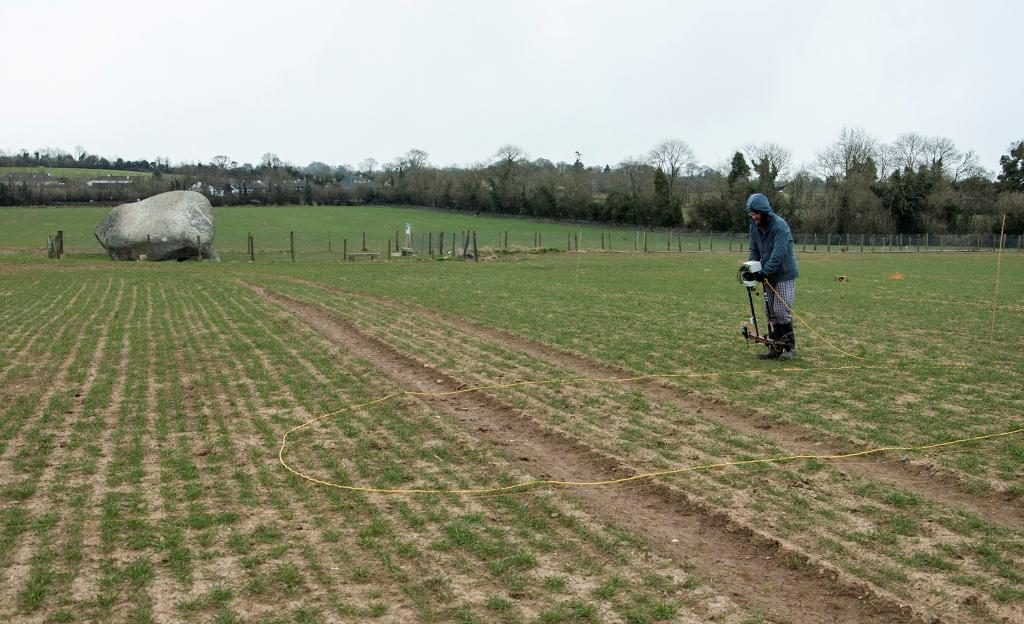 Cian surveying before the arrival of the ‘Beast from the East’ (Photo: C. Davis) 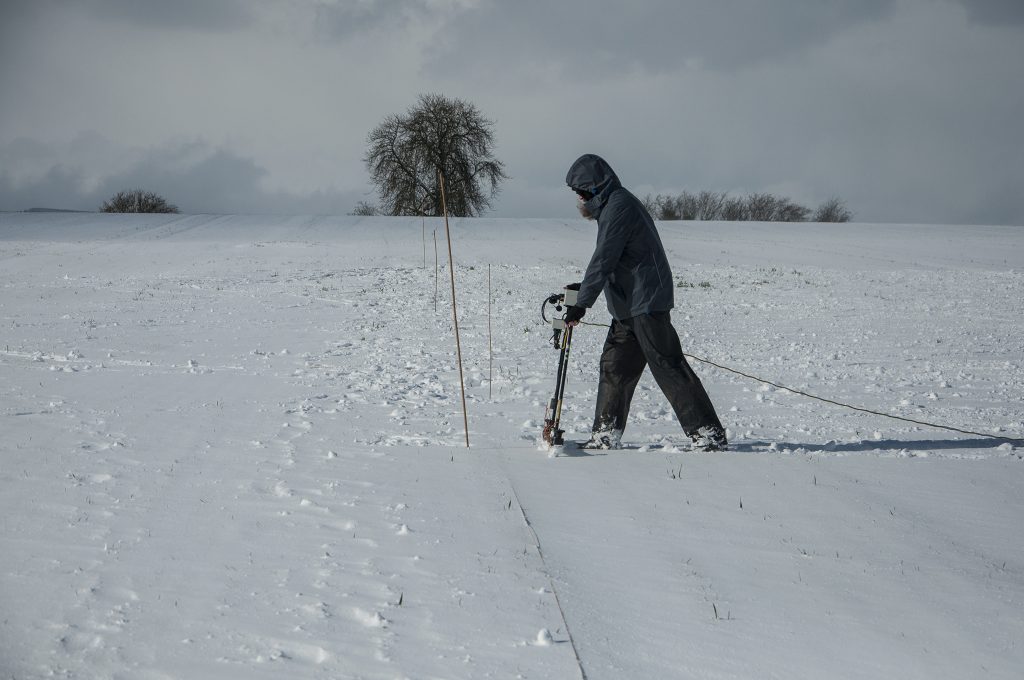 And after – Cian in the snow with earth resistance meter (Photo: C. Davis)