Seasons greetings to all!

It’s come to that time of year again when the work is getting quiet and everyone is preparing for a new year. This year has been full of change and excitement for those of us at Earthsound – people coming and going; impressive sites visited; and wonderful data collected.

The year kicked off with a two-month stint down in the county of Cork. Taking up residence in Ballyvourney (and all the while enjoying the fantastic local brews offered by Nine White Deer brewery), Earthsound surveyed the lion’s share of the long-awaited N22 route upgrade. Cork was a popular destination this year, with various members of Earthsound heading down for shorter projects throughout the rest of the year – back to Ballyvourney, Castlemartyr, Carrigaline, Blarney, Clonakilty, Ballincollig, Kinsale, Ballincollig again, Kinsale again (I think that’s everywhere!). 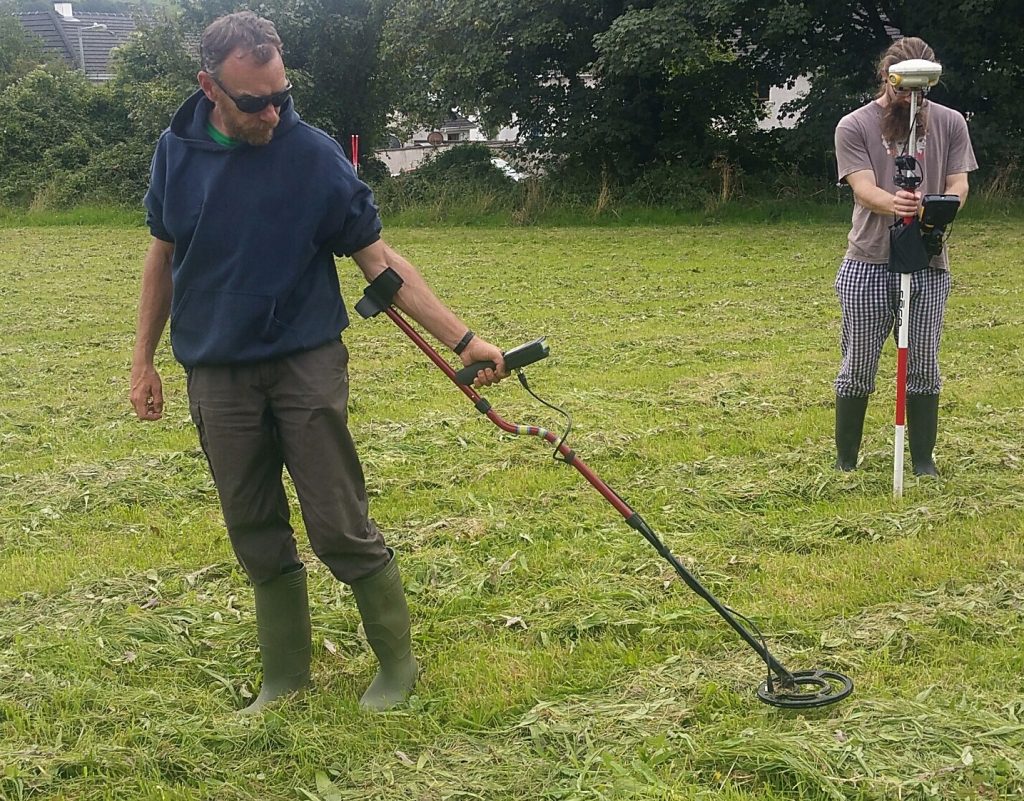 Ciarán and Cian metal detecting at Kinsale (Photo – U. Garner) 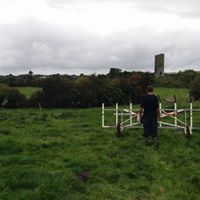 Every so often a change of scenery was in mind and we headed somewhere other than Cork for fieldwork. Following on from the stretch in Cork, a couple more surveys for the TII popped up during the year, though they were much smaller in size. A couple of days in Westmeath and a week in Laois to undertake preliminary work for road-straightening jobs to come. Some private developments took us to Meath, Laois and Dublin. 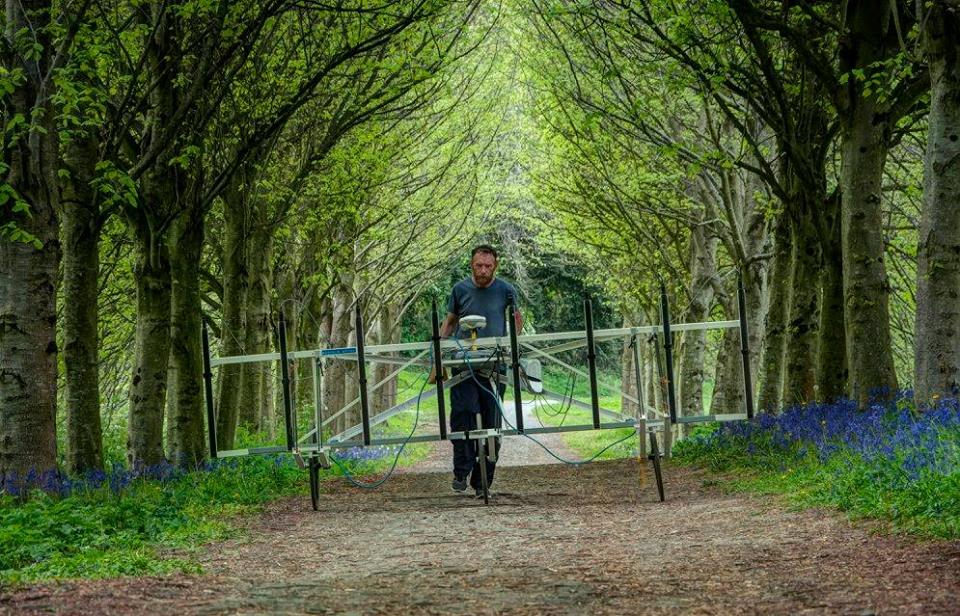 The month of May was more or less spent north of the border. Two of the surveys were for solar farm developments. At the start of the month we were north of Belfast for a job of 15 Ha. At the end of the month we were south of Belfast, undertaking one of the largest private developments we’ve worked on – 26 Ha of geophysical survey. Between these two jobs, we spent a couple of days at the wonderful Castle Ward, Co. Down – the setting for Winterfell Castle from Game of Thrones. We were investigating the landscaped gardens in order to locate Queen Anne’s house and other garden features.

2017 saw quite a shift in terms of staff at the company. Hannah Brown (now Dr. – congratulations!) temporarily joined the survey team. In April, Ursula Garner and Ciarán Davis, recent graduates of IT Sligo, joined the company – bringing it up to largest it had ever been, at six employees. During the first couple of months we had some great training days in local fields and the green at Castlebar barracks. And after seven years of surveys, Darren Regan decided it was time for a change and headed off for sunnier climes in October.

Research projects were the name of the game for this year. We were back for a second round at Knocknashee Hillfort with Queen’s University. Following last year’s MS survey of the entire hilltop, this time half of the summit plateau was surveyed using Earthsound’s first in-house frame – the Earthwalker. Vinegar Hill was in our sights twice in 2017. An ERT survey was carried out early on in the year, which was was followed up a few months later by involvement in a metal detection survey. We were working closely with the National 1798 Rebellion Centre and Rubicon Heritage on this very interesting project. This year also saw the first surveys for the Heritage Council’s ‘Adopt a Monument’ Scheme (run in association with Abarta Heritage) take place. Earthsound had the delight to undertake a detailed survey of the interior of Doon Fort – probably the best survey spot in the world! We spent a week in the westlands of Donegal, paddling in and out with equipment to carry out the survey. Following this, we headed in the opposite direction to Kilfinnane, Co. Limerick. Here, we carried out the first surveys investigating the lands surrounding one of Ireland’s most impressive mottes. After several years of looking for walls in Athy, we had the opportunity to put the experience gained there to practice in Castledermot and Kilkenny. The surveys at both locations proved fruitful, with walls and ditches being identified. 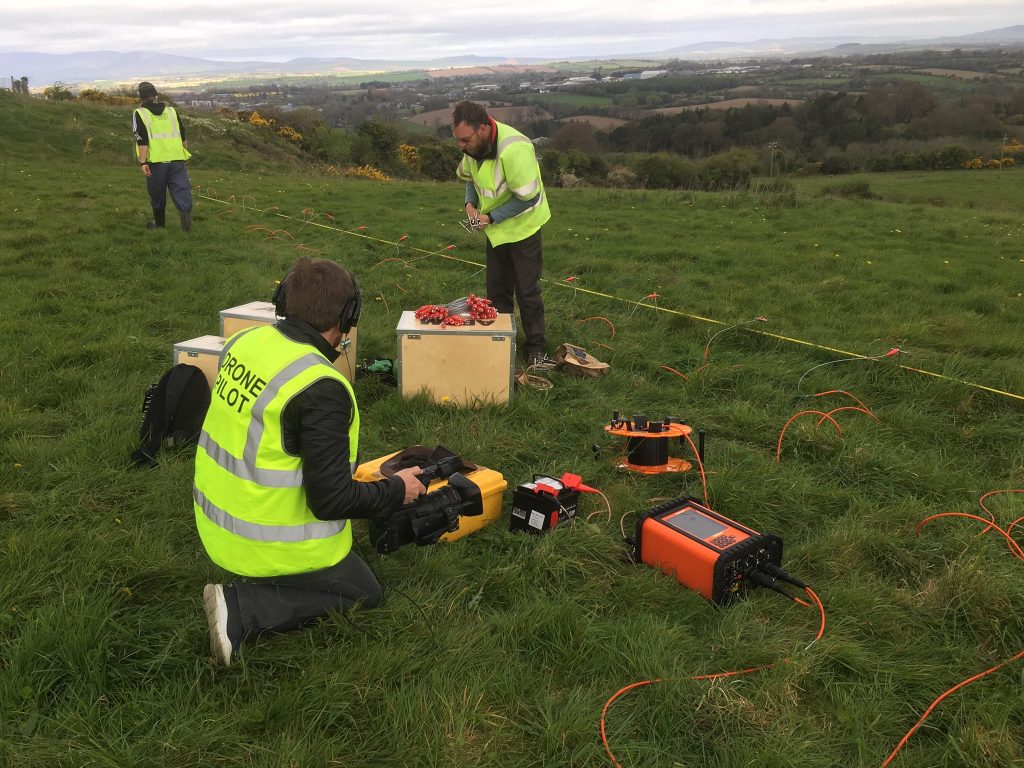 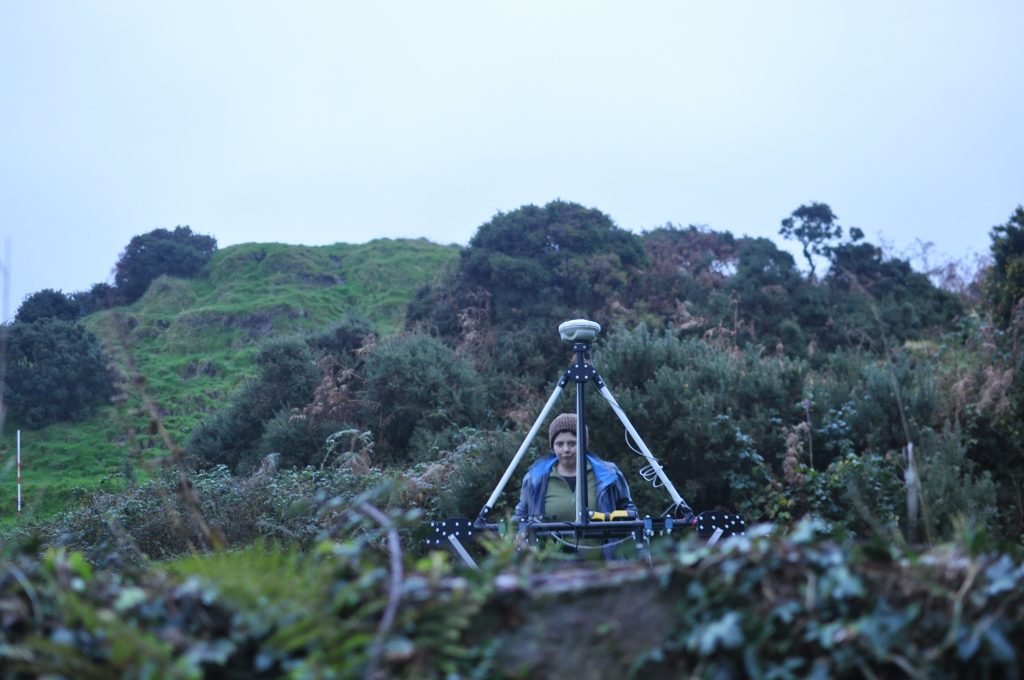 Ursula with the EM cart in front of Kilfinane Motte (Photo – C. Hogan)

The year wound down with a number of short surveys here and there: a quick jaunt down to Claregalway one morning to do some work ahead of a graveyard extension; a Saturday afternoon in Dublin city centre to carry out a radar survey; and a trip to Meath in order to check out a pipeline corridor.

Wishing you and yours a Merry Christmas! And all the best for the New Year!